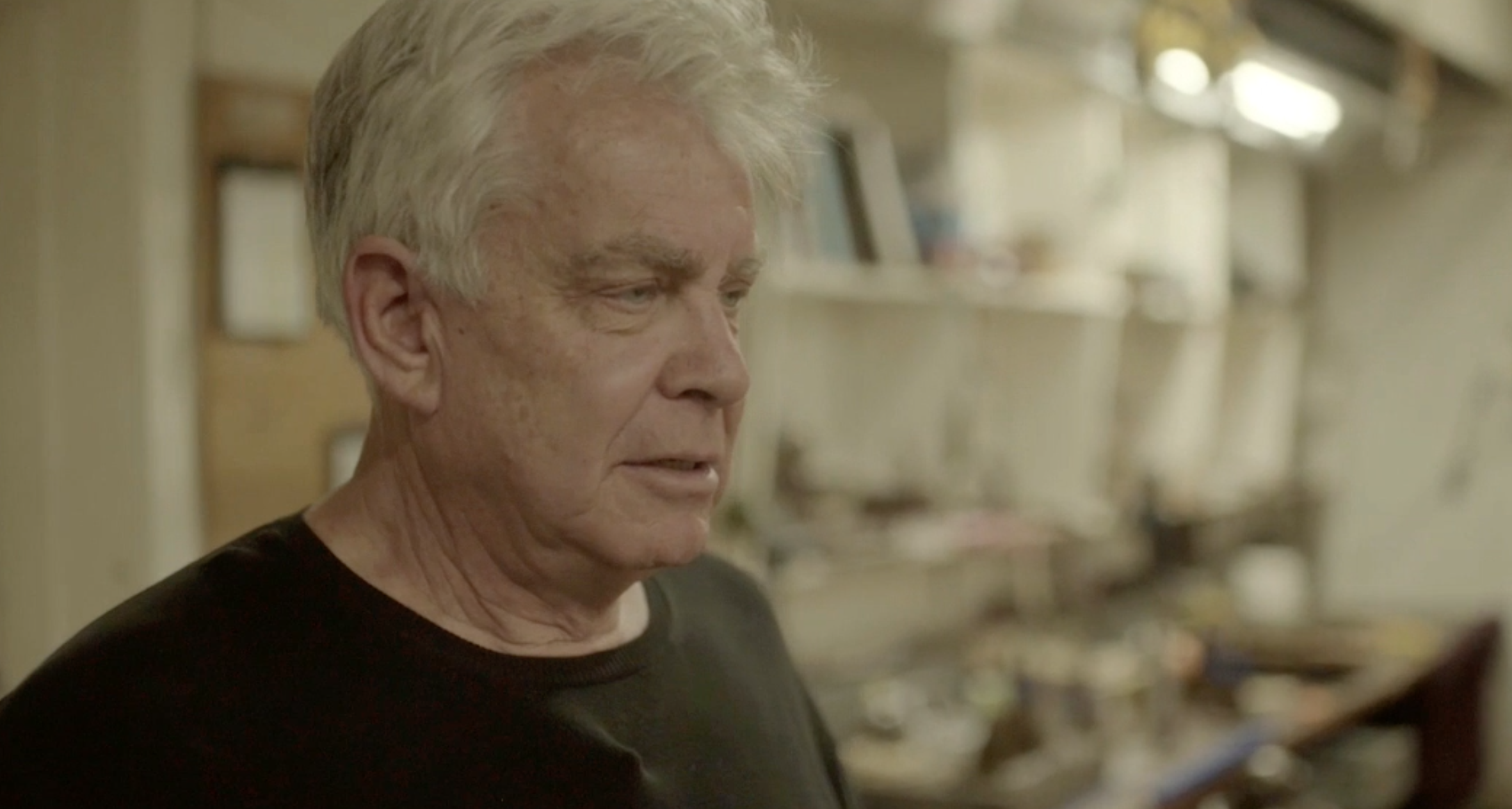 My sculpture is somewhat autobiographical. I left a successful financial career to pursue the creation of art when I became disillusioned with the purposelessness of accumulation. I discovered that thought, when acted upon, is transformative and very powerful. In my search for equilibrium in precarious situations (be they emotional or economical), a moment of significant radical insight, brought about - not by a modification in material circumstances - but by a simple change in thought and the way those circumstances were perceived, revolutionized my life.

I think of art as a form of language in which there are two simultaneous dialogs. There is the dialog of creation, which takes place between the artist and the object of his efforts. The artist's motivations are essential to the creative process resulting in a successful work of art but these motivations may or may not be evident to the subsequent viewer. This dialog usually disappears with the passage of time.

The second dialog takes place between the art object and the viewing audience. This depends on both the ability of the object to stimulate a reaction in the viewer and the personal history the viewer brings to the experience. Great art emotionally moves people. It contains honesty in both conception and execution that comes from deep within. Before Alta Mira, through out time, the greatest art has been used to communicate man's most urgent messages. These messages are usually not clever, cynical or selfish but come from the deepest reaches of the soul.

My creative motivation stems from a search for perfection. Spirituality, I believe, is key to the further evolution of mankind. It took millions of years to evolve from amoeba to the ascension from the apes. Subsequent evolution will require the repudiation of basic animalistic instincts (formerly necessary for self-preservation in a hostile environment). In exchange, the human spirit must express more elevated qualities emphasizing harmonious interrelationships among individuals, cultures and philosophies. This development, like that of technology, will occur at an accelerated pace as it is demonstrated that aggression, in all its forms, is too dangerous for our long-term survival.

In its investigation of micro-physics/nano-technology, science is discovering that seemingly solid material objects are composed of relatively vast empty spaces surrounding ever smaller energized particles. It has also been established that an optimistic, spiritually oriented mental attitude can overcome disease and ill being. This underpins my belief in the insignificance of materiality and that Spirit (Love) is the most powerful force available to man. Historically, the most admired individuals have always demonstrated an extraordinary level of selflessness, compassion and understanding of basic goodness. Those that we most revile embodied the opposite.

I too wish to communicate through my art. I want to stimulate emotions and establish an atmosphere that allows the viewer to feel and experience art they might find meaningful. With much contemporary art irony, cleverness and pessimism are promoted as being profound, intelligent and realistic. In many cases the dialogue is inward looking, engaging only an elite group that considers the public as too naive to understand. I want my sculpture to commune with the general observer. Although the philosophy I have chosen to convey is sadly under represented in the serious contemporary art arena, I feel it is essential to try to awaken a sense of joy in those who view my work by making what I hope are beautiful objects. In this way the work may contribute to improving someone's existence, even if only fleetingly.

"Striving for a sense of harmony, even in the most uncertain of circumstances"

Thomas Ostenberg was born in Nebraska, grew up on a ranch in Colorado and subsequently spent his teenage years between Colorado and Florida. At an early age he learned of the grace, form and even the psychology of the animals he was surrounded by, both domestic and wild.

He travelled extensively throughout the USA, Canada, South America and Western Europe before studying languages at Principia College,Illinois followed by earning an MBA degree from Stanford University in 1975. He then entered the international financial world where he became a Vice President of Citibank in Brazil and Spain. In 1986 he went freelance as an independent International Financial Consultant.

At age 40, Thomas Ostenberg exchanged his successful financial career for art school. In 1994 he earned his BFA from the Kansas City Art Institute, and in 1997, his MA from the Royal College of Art in London, England, aided by a grant from the Henry Moore Foundation.

Now a full time sculptor, he claims his biggest break was "discovering that I wanted to be an artist". Ostenberg maintains this change was precipitated by "fifteen years of seeing great art on three continents". In particular he cites the major Velazquez exhibition in Madrid and a visit to the Rodin Museum in Paris.

He works primarily in bronze. The power and durability of his finished pieces belie his approach to the medium, which is quite fluid and intuitive. "Sometimes I will have a bit of clay or wax in my hand, and, by playing with this lump, some image or other just begins to appear."

For his large scale works he will have a specific image in mind to represent an emotion he hopes to convey. He will start with a steel armature that is covered with an oil-based clay. Then, using his hands and later, clay tools, he defines the image. "I alternate between building up and carving back until I achieve a result I am satisfied with."

Thomas Ostenberg's sculptures explore the theme of motion and balance. His work reflects his personal search for emotional and spiritual equilibrium. For him, the work "touches on the moment of stepping into the unknown and doing so willingly."

Ostenberg's sculpture has been called joyful and magical, words not often applied to contemporary art. The surfaces of these bronze sculptures communicate a tangible love of process. The works contain human figures and/or frequently horses on a variety of ladders, wheels and spheres, performing acrobatics and balancing acts much like those associated with the circus. This is not to say, however, that his sculptures are frivolous or trivial. On the contrary, what may at first appear only as a feat intended to entertain is, at a deeper level, a wonderous allegory full of hope, strength, stamina, determination. The titles of Ostenberg's sculptures alone - Notion of Place, Truth and Consequence, In Pursuit of a Clearer Understanding, Mind Over Matter, A Question of Perspective, Matter Don't Matter - give a sense of positive action that results in personal and, therefore, public benefit, and an understanding of life as a gift rather than a predicament. The sculptures themselves depict feats of enormous physical control and extraordinary mental focus. To view them is to experience triumph over contemporary malaises such as nihilism and despondency, to receive a message of calm amidst chaos - and ultimately, to feel joy in the pursuit of knowledge and truth.

He is represented by galleries throughout the United States and Europe. He divides his time with his two sons between Santa Fe, New Mexico and London. He also retains strong ties with Brazil and France.